Do you need a place to teach your classes? Contact Kathleen. 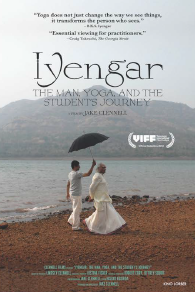 Join Garden of Yoga at the Movies for Iyengar: The Man, Yoga and The Student’s Journey

We are happy to announce we finally have the ability to stream this film in the comfort of our own studio, so please join us! The film’s run time is nearly 2 hours, so plan to arrive promptly.

Iyengar Yoga is universally respected, practiced worldwide and credited by multitudes as life-transforming, but because its founder B.K.S. Iyengar is famously reclusive, little is known about the man who invented this powerful practice…until now!

NOTE TO THOSE WHO PURCHASED TICKETS FOR THE OCTOBER 2019 SCREENING AT AMC YORKTOWN: You should have received a code allowing you to stream the film for free. If you have not received a code, contact Gathr: Richard St. Ofle  richardo@gathr.us